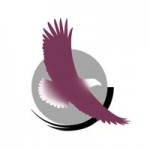 My baby brother died. That wasn’t supposed to happen.

The eldest should always go first. In our family, the eldest are still living, while the last four have gone to wherever little brothers go.

Joe asked if I was going to write about him like I did our brother John when he died. I promised I would if I were still alive. I didn’t expect this so soon.

Joe passed away on June 22, 2022. I am keeping my promise. It’s become more difficult to write than I could have imagined.

In the past few years, Joe and I had many phone conversations. We reminisced and laughed at some of the unbelievable things we did as adolescents, young adults, and even silly little kids. Joe had a better memory of what it was like in the Ryan house during the 1960s. When he shared his experiences with me about the so-called Ryan house of the 1970s, the guilt of leaving him behind was overpowering.

Joe didn’t have a particularly good childhood. Being the youngest Ryan, he was subjected to living at home with an alcoholic mother and an abusive alcoholic stepfather. Bob, our half-brother who was the first to pass away at the age of 30, was several years younger than Joe. When the stepfather came home with candy, he gave it to Bob and ignored Joe. If Bob would share, which he did often, Joe would be punished if the stepfather found out. Down to the basement furnace room. The furnace room must be the modern-day woodshed.

Joe’s love of music began when, as a young teenager, he received a guitar for Christmas. He knew nothing about it, and it wasn’t a toy. I don’t know if he asked for it, but it was a particularly good acoustic guitar. I spent time with him showing him a few chords, about six or seven simple chords, and began with an easy song, Jambalaya. After a few years, he told me that some of the first songs he learned were Puff, The Magic Dragon, which he played with a couple other boys in Vail who had guitars, and Tequila Sunrise. Virtually, that was their playlist. They played, and small children listened, and loved it!

Joe ended up in Southern California where he founded no fewer than fifteen bands. His guitar playing had gone far beyond Jambalaya and entered the era of “Wish You Were Here” by Pink Floyd. Perhaps his best musical talent was the harmonica. We had a family reunion in Carroll, Iowa, several years ago (the last time he was back) and he entertained the crowd with his musical talents. He even took requests. As they say in Vail, “a good time was had by all.”

Our father was a beautiful Irish tenor who played the piano with grace (and many people told us kids that he used every key). Joe was barely two months old when our dad died. For most of his life, Joe wanted to be like the father he never knew. He tried to emulate Dad as much as possible. Joe didn’t have Dad’s rich Irish tenor, but he could hold a note.

Almost everyone in Vail had a nickname and Joe was certainly no exception. Joe’s nickname evolved over the years from the original faux moniker Bony Moronie, which our brother Kevin (Cub) first called him because of Joe’s slender frame, to Boney, and eventually to “Bones.” The last band he co-founded was named Cisco Bones. The other co-founder’s name was Cisco.

Joe was a Deadhead, and the playlist for all of his bands included music from The Grateful Dead, The Beatles, and Tom Petty.

Our mother was a good cook, and Joe and I picked up a lot of her tips, recipes, and her knack of being able to make just about anything out of nothing. When we talked, one of us would always bring into the conversation a recipe we had tried. Both of us were inspired by Italian food. I credit that to growing up with Chef Boyardee as our limited choice for Italian cuisine. Mom didn’t like Italian food, or, it was too expensive, or both. We’ll never know.

Joe never forgot some of the flavors of the Midwest he left decades ago. He would ask for a care package, often. It would have to include Twin Bing candy bars, Dorothy Lynch salad dressing, and Denison Mustard. He grew many of his vegetables in his garden. He would send photos, many of them displaying a healthy and weedless abundance of flowers and vegetables. He made my garden look like an overgrown vacant lot.

Joe had three children. Jacob, Megan, and Jordon. Jordan, only in his twenties, unexpectedly passed away from hypertension on January 2, 2018. Joe took it hard. Extremely hard. He talked to me a lot about his loss. “No parent should bury their child.” I’ve heard it many times, and I’ve witnessed it far too many times. It’s the unnatural order of things. And let me add that baby brothers should not die before his siblings.

It took so long to write this. Sorrow was one impediment; the vast amount of what to write and what to eliminate was the other. I realize that I can always write a sequel.

Within the past year, Joe told me that he still remembers all the words to Jambalaya. “And the chords?” I asked. “Definitely!”

In my little brother’s memory, I am going to restring my forty-five-year-old guitar, get it tuned, and see if I can remember those chords I taught Joe decades ago.