Posted on February 11, 2022 by Stephanie Fawkes-Lee 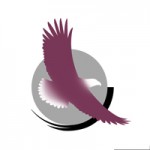 Minnesota is a brutal state. The winters bring subzero wind chills that can freeze exposed skin shortly after walking out the front door. Summer heat and humidity makes it difficult to breathe just strolling down the driveway to the mailbox.  But probably the most difficult element to survive is being a Vikings football fan.  The stress and damage to the heart from the elevated blood pressure and heightened anxiety each and every football season may very well have killed more Minnesotans than heart attacks from shoveling snow.

On February 2, 2022, as people across the country were eagerly awaiting whether or not Punxsutawney Phil would see his shadow or not, Vikings fans were wringing their hands wondering, ‘Will Jim Harbaugh be the next head coach?’  Well, Groundhog Day is pretty pointless for Minnesotans. Whether Phil sees his shadow or not, only six more weeks of winter is in fact spring arriving early in Minnesota.

So, unable to fantasize about an early spring, Vikings fans for a brief moment in time envisioned a stadium packed with purple jerseys, clapping their hands together above their heads as they finally Skol their team into a championship win.  After all, Jim Harbaugh has a proven winning record both in the NFL and at the college level. He has the age, ability and years of experience to fulfill that long awaited Super Bowl win.

Later that day, Harbaugh flew back to Michigan without a job offer and then the Vikings organization announced their intent to hire handsome, thirty-six year-old Kevin O’Connell, the current offensive coordinator for the LA Rams as their next virgin head coach.  He will be the second youngest head coach in NFL history.

The Vikings want young people and will gamble to get it.  This is easily seen through their head coaching search and the final candidates for the position:  Raheem Morris (age 45); DeMeco Ryans (age 37); and Patrick Graham (age 43).  Two other candidates that were initially interviewed were Jonathan Gannon (age 39) and Kellen Moore (age 33).  But can a “youth-driven” campaign be masking age discrimination?  Discrimination is difficult to prove, especially age discrimination.

Brian Flores filed a class-action lawsuit against the NFL and three teams, the New York Giants, the Miami Dolphins and the Denver Broncos for racial discrimination. One of the issues he cited were “sham interviews”.  Flores has proof that he received a text from Bill Belichick, the head coach for the New England Patriots, congratulating him on being the new head coach for the New York Giants.  Flores hadn’t interviewed with the team yet.  Apparently Brian Daboll had been offered the job, and Belichick texted “Brian” without paying close attention to the last name.  I can’t sit in judgement.  One retired state senator received a text from me stating, “Love You to Pieces.”   Luckily he had a sense of humor, and so does my husband.  But, I digress.

There was a strong reaction from the parties’ named in the lawsuit.  Well, the NFL thought that they’d solved the issue of race and sex discrimination by adopting the Rooney Rule in 2003, which originally required every team with a head coaching vacancy to interview at least one or more diverse candidates before making a new hire.  “In 2021, the NFL approved changes requiring every team to interview at least two external minority candidates for open head coaching positions and at least one external minority candidate for a coordinator job. Additionally, at least one minority and/or female candidate must be interviewed for senior level positions (e.g., club president and senior executives).”  Did this have the desired result?

Pictures truly are worth a thousand words, as you can see by the new head coaches for 2022. 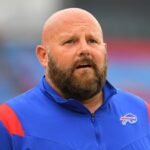 When discrimination is ingrained in a culture, it can’t be easily removed.  Money can’t buy your way out of it.  Jargon can make you feel like you’re making changes, but changing words doesn’t change attitudes.  The first step is to recognize that we all discriminate because it’s simply part of the human condition.  Breaking down the denial is the only path to a future where we start seeing people for their true worth.

This entry was posted in Fairness and tagged discrimination, Minnesota Vikings, NFL. Bookmark the permalink.