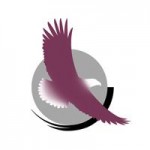 Last September I wrote that the United States Supreme Court was about to hear oral arguments in a case called Florence v. Board of Chosen Freeholders.  As you’ll recall, this is what I had to say about it:

Albert Florence was a passenger in a car traveling on a New Jersey road when the driver was pulled over by a New Jersey State Trooper.  Florence was taken in to custody on a non-indictable civil matter unrelated to the traffic stop.  Even though he claimed the unpaid matter had been taken care of, the trooper brought him to the jail to be booked.  In the booking process, Florence was told to strip, hold his hands out, lift his genitals, and raise his tongue with his mouth open.  All of this took place with a jailer standing within an arm’s length.

If that wasn’t bad enough, Florence was transported from the Burlington County Jail to the Essex County Correctional Facility after 6 days.  At Essex, he went through a similar naked routine as he did upon entering the Burlington County Jail. This time “he and four other detainees were instructed to enter separate shower stalls, strip naked and shower under the watchful eyes of two corrections officers. After showering, Florence was directed to open his mouth and lift his genitals. Next, he was ordered to turn around so he faced away from the officers and to squat and cough.”  After a day spent in the Essex County facility, the charges against Florence were dropped and he was released.

I also wrote that this case was not a “slam dunk” in favor of what many of us consider being a violation of the Fourth Amendment.  It wasn’t.  The SCOTUS handed down its decision last week.  In justification for saying that it’s okay for correctional and jail officials to conduct intrusive searches, Justice Kennedy said that “[p]eople detained for minor offenses can turn out to be the most devious and dangerous criminals.”  He likened Florence to Timothy McVeigh and the serial killer Joel Rifken.  (I had no idea who Rifken was and had to Google® him – he is a serial killer who may have killed up to 17 prostitutes in the New York/Long Island area.)  Justice Kennedy got it wrong.  Instead of expecting Timothy McVeigh, jails and detention centers should be expecting the people more like Florence.  Not only are most people entering these facilities more like Florence, but even Justice Kennedy couldn’t show that McVeigh or Rifken were security risks when detained.  Contrarily, both appeared to be closer to gentlemen than hoarders of contraband, and in the case of Rifken, very cooperative.

The Court of Appeals for the Third Circuit held that “the strip search procedures described by the District Court at BCJ and ECCF are reasonable.” The Appeals court reversed the “District Court’s grant of summary judgment” and remanded the case “for further proceedings consistent with [its] opinion.”  In coming to this conclusion, two of the three circuit judges based their reasoning on balancing “the Jails’ security interests at the time of intake before arrestees enter the general population against the privacy interests of the inmates.”  They gave more weight to the security interests than they did to the constitutional rights of the accused.  Justice Kennedy did the same.  He barely mentioned constitutional rights, but he went on with page after page about the security of jails.  It’s as if the Jailers Association of America wrote the decision.

We’re coming to a point where the needs of government are becoming greater than the rights our forefathers envisioned.  Yes, there needs to be control over what comes into our correction and detainment facilities.  But comparing Florence to McVeigh or Rifken is insulting to anyone who is going to be asked to “come down to the station to get this little matter of a traffic ticket settled”.